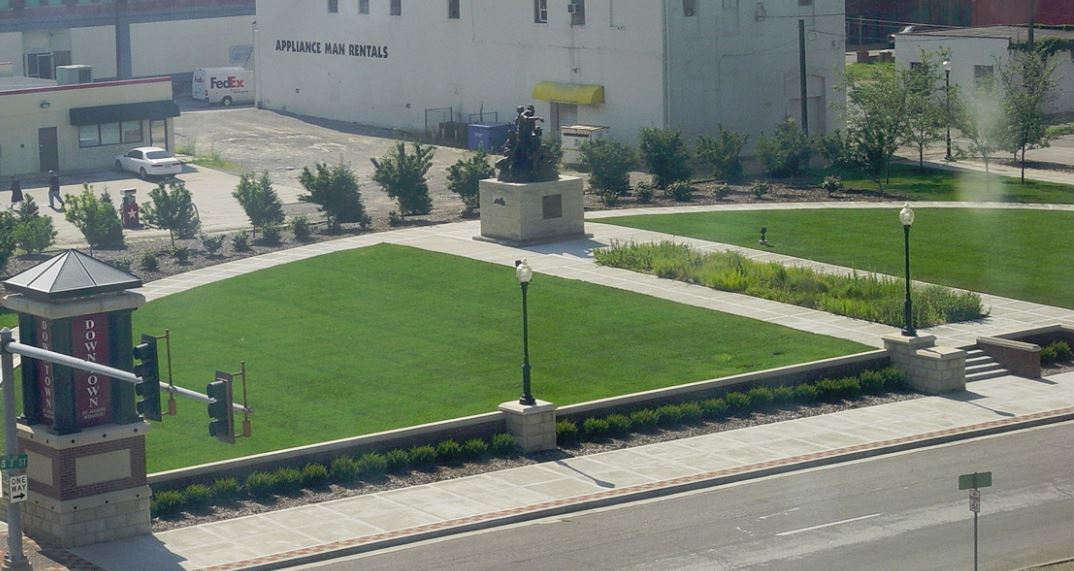 St. Joseph, Missouri has a unique and colorful past which forms the basis for cultural and heritage activities. First noted in the journal of William Clark and Merriweather Lewis during their Journey of Discovery in 1804, the site along the banks of the Missouri River later became the location chosen by French fur trader Joseph Robidoux for a trading post.

The site had been an Indian Trading Post from about 1827 to 1843. Robidoux had traded continuously with the Indians at the foot of this area, known as Blacksnake Hills, since 1826 when he established Robidoux Landing. The site was very well situated, attracting many settlers to the area.

By 1839, Robidoux was feeling pressured to do something about the crowding and entertained the idea of selling his land. Warren Samuel and two friends from Independence, Missouri liked the prospect of owning Robidoux's land and wanted to plan a town on the approximately quarter-section of land. Robidoux was inclined to sell and a price of $1,600 was tentatively agreed upon. Samuel and his friends returned to close the deal. Robidoux suggested a game of cards and when he felt he was being cheated, refused to sell, deciding instead to submit a town plan of his own.

It took him until the summer of 1843 before he filed the plan in St. Louis, officially establishing the town, naming it after Robidoux's patron saint, Saint Joseph. Some have said that St. Joseph was founded on the turn of a card. At any rate, that was the end of Robidoux's Indian Trading Post and the beginning of the era that would see the city claim title: St. Joseph, Queen of the River Cities.

Shortly thereafter, the city became the primary point of departure for wagon trains heading west seeking free land in Oregon. Pioneers coming from the east could travel by steamboat on the Ohio or Mississippi Rivers, disembarking in St. Louis to board a smaller vessel headed for Independence, Missouri, St. Joseph, or Council Bluffs, Iowa, where they would depart for the long journey west. Most of the travelers were families, seeking opportunity in a new land.