Officer Bradley Arn, 28 years old, was shot and killed on the afternoon of November 10, 1998. Officer Arn responded to the area of 22nd and Calhoun streets on a call of a man with a rifle shooting at people. One person had been wounded and the gunman was shooting at other people, vehicles, and buildings in the area.

Officer Arn was the first officer to arrive at the scene. The gunman opened fire on Officer Arn as he drove north in the 700 block of N 22 Street. His patrol car was hit numerous times and was severely damaged. A bullet went through the door of the vehicle, striking and fatally injuring Officer Arn. Nine other officers and members of the Buchanan County Drug Strike Force came to Officer Arn's aid.

The gunman was armed with an assault rifle, a shotgun, and a revolver. He continued to fire on civilians and police officers until he was shot and killed by Sergeant Billy Paul Miller in the back yard of the Calvary Baptist Church at 731 N 22 Street. It is estimated that the gunman fired at least one hundred sixty-four rounds. Sergeant Miller only fired twice. No other officers fired their weapons.

During this incident, three civilians were wounded, two of them seriously. Many buildings and vehicles in the area were damaged. Officer Arn and Sergeant Miller were both awarded the Medal of Valor by the St. Joseph Police Department and the Fraternal Order of Police. Officer Arn was survived by a wife and twin daughters. 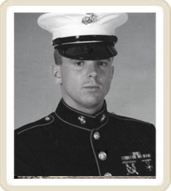