Sherman B. Winder, 44 years old, was fatally injured on the morning of September 19, 1940 while performing speed tests on a police motorcycle on the Belt Highway. Officer Winder and his partner, Officer Carter, were testing two of the four motorcycles recently put into service by the department.

Lieutenant Keller, head of the Traffic Bureau, was riding a police motorcycle about a block behind Officers Winder and Carter. As Officer Winder approached the intersection of Messanie street at a speed of approximately seventy-five miles per hour, the motorcycle started to weave, and pitched Officer Winder from the machine to the east side of the highway. Lieutenant Keller passed the now riderless machine and halted Officer Carter, who had been in front of Officer Winder at the time of the accident. 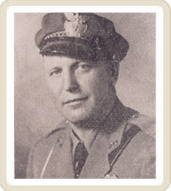